Save 30% Off Our Entire Collection Use Code SALE30 At Checkout

We recently ran a survey hoping to identify the sleeping habits of UK couples and discovered that ten percent of couples don’t share a bed!

Our data also found that people in Yorkshire were most likely to not share a bed with their partner, with 14% of respondents admitting to sleeping separately.

Couples in Wales were the next most likely to sleep in separate beds, with 13% of respondents agreeing with this statement, followed by couples in the North West (13%) and East Anglia (12%). 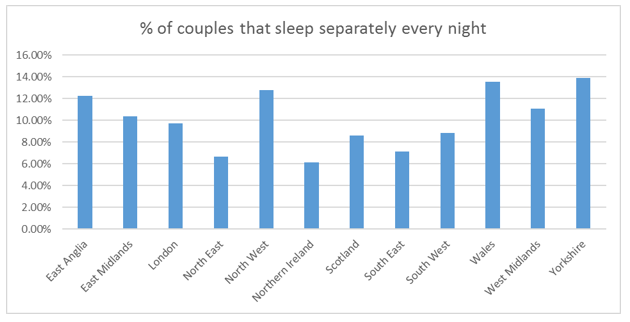 A quarter of those surveyed said that their partners snoring drove them to separate beds, whereas another common reason for sleeping separately was due to arguments.

Almost 40% of Brits argue with their partner once a week or more, with an average argument lasting 2 hours and 5 minutes, however they resulted in a fifth of couples sleeping apart for at least two days.

Over 55s were the most likely to let bad blood linger with one in six sleeping alone for 3 nights or longer, whereas the 18-24 year olds claimed to have things worked out before bed time. 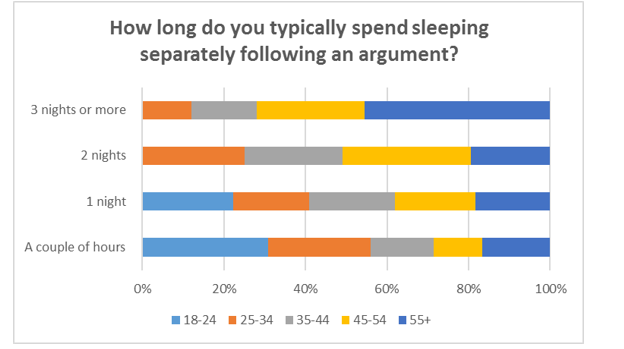 It was also uncovered that the most common reasons to argue was due to tidiness around the house, followed by money, driving and family.

Men were more likely to complain about their partner’s driving, housework or what to watch on TV, whereas women were more concerned with the frequency of their partner going out and money issues. 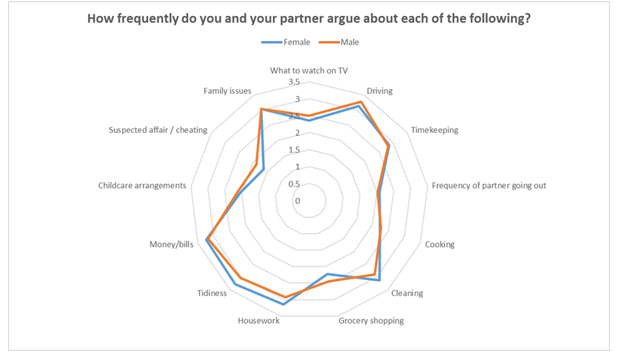 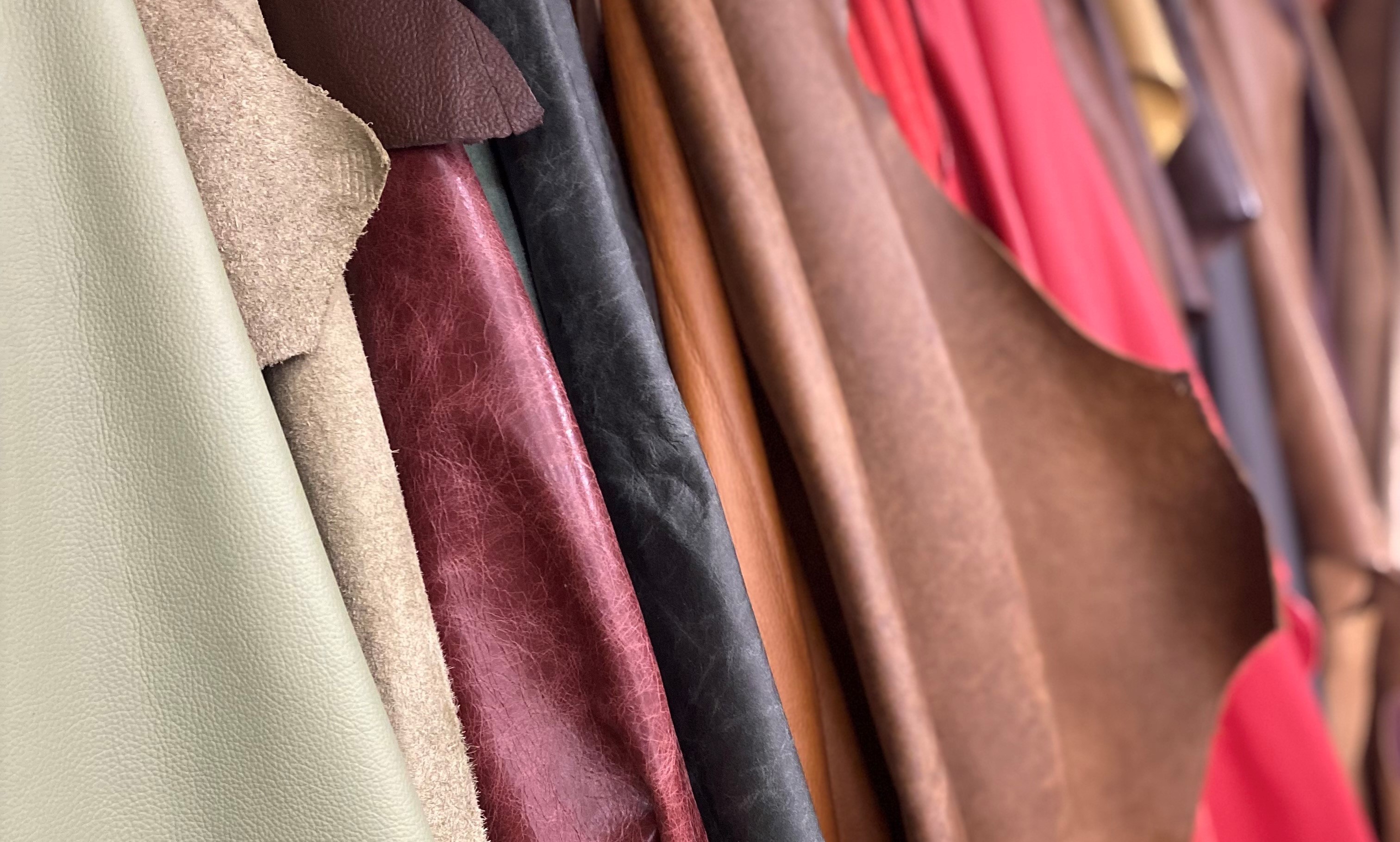