“It’ll be fine, just go next door and ask thingy for your ball back” must be commonly heard in streets across the nation after our research revealed that 57% of Brits have no idea what their neighbour’s full name is!

Our new study showed that almost a third of people we polled have no clue what their neighbour’s first name is, while over half can’t recall their surname.

It’s surprising that we have so little time for the people who live next door considering, on average, we’ve lived next door to them for over seven years, while 40% of us have resided in the same place for over 12 years.

Over a quarter of residents don’t even muster up a “hello” when they see their neighbours in the street! 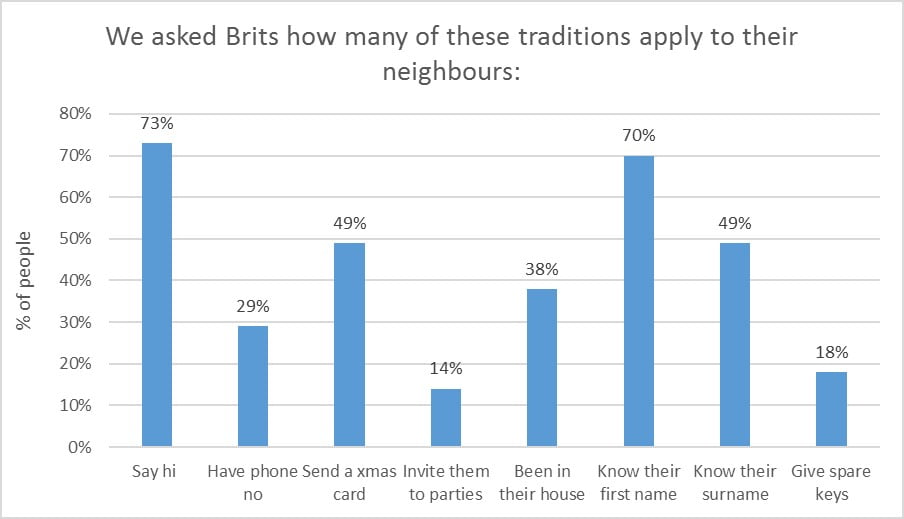 We were also surprised to learn that 5% have NEVER met their neighbours and 86% snub them when it comes to party invites and barbecues.

More shockingly we found that one in five Brits say they argue with neighbours over the simplest of things.

Top of the list for making neighbours annoyed was booming noises through walls (69%), pesky parking (16%) battles over boundaries (13%) and 12% who get the grumps when it comes to gardening.

A staggering 10% of Brits claimed they hate their neighbours, with 6% taking legal action over a dispute with someone next door, while 2% claim they’ve even been assaulted.

It’s gotten so bad for one in ten respondents that they’ve actually MOVED HOUSE to escape pesky neighbours! 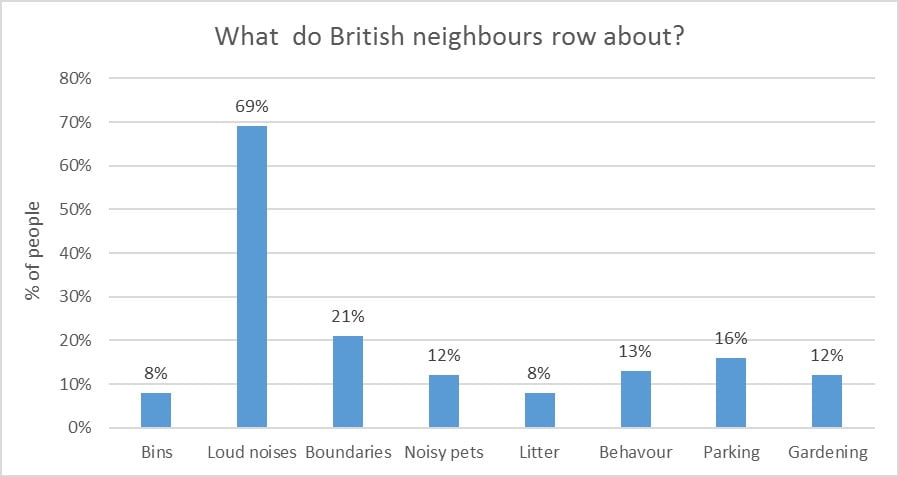 According to our stats, those in Worcester have the most torrid time with neighbours, with 19% of respondents relocating.

If it’s nice neighbours you’re after, you might have the best chance in York, where only 4% have moved home after a war with next door.

Research shows that most traditional values have been abandoned, as three quarters of Brits won’t even ask a neighbour to watch their house while they go on holiday, with only 18% giving out spare keys in case of an emergency and a meagre 27% offering to put someone’s bins out. On a more positive note, a third of residents said they have kept in touch with a former neighbour after they’ve moved home. 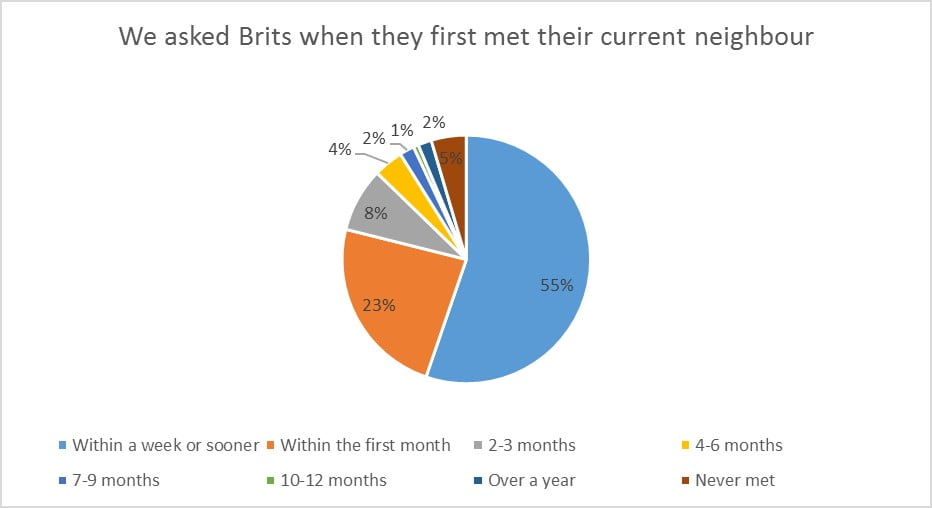 It’s a shame we no longer seem to uphold the traditional values of living on a harmonious street where you know most of your neighbours.

Long gone are the days of nipping round to a neighbour for some sugar, but it would be great to see more British people getting along and looking out for each other.